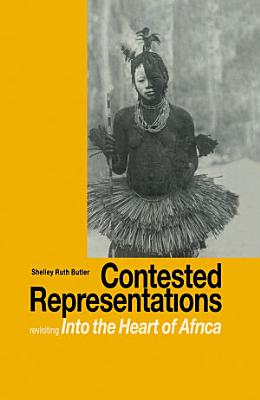 The controversy surrounding the significant "Into the Heart of Africa" exhibit at the Royal Ontario Museum in Canada is explored in this compelling and analytical text. The exhibit has become an international, controversial touchstone for issues surrounding the politics of visual representation, such as the challenges to curatorial and ethnographic authority in multicultural and postcolonial contexts. Asking why the museum's exhibit failed so many people, the author examines such issues as institutional politics, the broad political and intellectual climate surrounding museums, the legacies of colonialism and traditions of representation of Africa, and the politics of irony. By drawing upon anthropological and cultural criticism, the book offers a unique account of the ways in which an ambiguous exhibit about colonialism became the site of an expansiveInto the Heart of Africa."

Authors: Shelly R. Butler
Categories: Social Science
The controversy surrounding the significant "Into the Heart of Africa" exhibit at the Royal Ontario Museum in Canada is explored in this compelling and analytic

Authors: Nik Brown
Categories: Social Science
In a unique volume, Contested Futures brings together a group of scholars to examine the relationships between social action and the future. Rather than specula

Authors: Dhananjay Rai
Categories: Political Science
The crises in material spheres and the hegemonic singularity of the social sphere shape the Dalit Representation in Hindi Cinema.

British Multiculturalism and the Politics of Representation

Authors: Andrew Dawson
Categories: Social Science
With fourteen articles written by well-known anthropologists, this book addresses the theme of representation in anthropology and explores the directions in whi

Authors: Nico Carpentier
Categories: Social Science
In an era when (especially new) media are celebrated for their participatory potential, questions about the nature and intensity of these participatory processe

The House of Difference